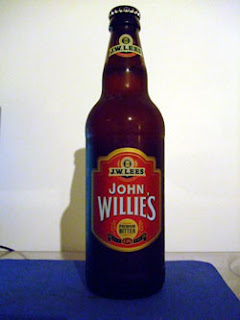 Longer ago than I care to remember, I spent endless summers roaming the fields and towpaths of a place called Middleton Junction.

Bikes were ridden, canals were swum in and landlord daughters were all lusted after as we waited for the day we could finally enter the licensed establishments in the area, of which there were many.

As unstubbled sixteen-year-olds, we longed to be able to walk manfully into those pubs and order a pint of Lees's. I think I even practiced ordering it with as deep a voice as I could muster. And when the day finally came when enough courage had been plucked up to enter the one that 'anyone could get served in', we were all duly ejected with a terse warning never to try again.

So when, finally, I was able to procure my first pint of this Holy Grail of beers, I marvelled at the way it settled; drunk in with my callow eyes the beautiful counterpoint between head and ale; breathed in deeply the intoxicating scent of fabled liquid. Then tasted.

It was rank. I almost spat it out there and then, but the fear of ejection forced me to swallow it down. Not one of us liked it, you could tell. And yet we all finished our first pints of Lees's. Then calmly placed the glasses on the bar and left for the santuary of the local off-licence, from which we bought some cans of Breaker to drink by the canal.

That should have taught me a valuable lesson in life - not to build things up too much in case you get disappointed. But almost a quarter of a century later, I haven't learned. And it was with a keen sense of anticipation I opened this bottle after seeing it for sale in Morrison's on offer. It really was too good to resist, unlike yesterday's self-proclaimed offering.

But now, I'm left rueing the decision and cursing my naivety for even thinking it could possibly work out.

Mind you, I think they do a nice one called Moonraker... 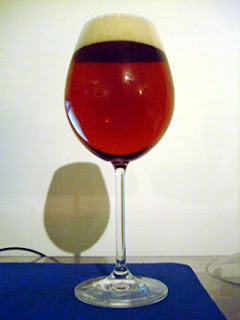 Beer: John Willie's Premium Bitter
Country: Lancashire, England
Strength: 4 point bloody 5%
Colour: Redbrick brown, like the houses that surround the brewery.
Smell: Vinegar and canals. OK, that might be what it reminds me of, having grown up near the brewery and also a canal-side Sarson's factory. To the neutral, it'll be malty and fruity and musty.
Circumstance: Gearing up for a night out and celebrating a rare win for Oldham Athletic with a beer from round that way.
Tasting notes: Lacklustre at first, it's prods itself into life briefly with a jolt of ashtray bitterness before subsiding back pretty quickly into its previous torpor. I used to drink John Willie Lees bitter when I started getting served in the pubs round our way and it wasn't any good then. It was cheap, but it gave you gut rot and was only to be consumed in times of financial trouble. This one's seemingly not much different from the original, although it is stronger. It just doesn't seem to go anywhere, much like the football team its brewer used to sponsor.
Drinkability: Unsurprisingly not great. You could down a few, but why bother when there are much better alternatives? If it was the only beer in the pub, you'd probably get up and leave after two or maybe three at the outside.
Gut reaction: I don't know yet, but I fear for my innards on account of this beer's chequered heritage.
Session factor: If you fancied an afternoon depressing yourself, go to Middleton where this brewery's based, sit in any of the JWL-tied pubs and drink this. As with the drinkability, you could... but you wouldn't. Not in your right mind, anyway.
VFM: 4.5. First of a few I laid in from Morrison's at four for £5.50. It was less of a ball-ache than I imagined it would be as well, the store being strangely deserted for a Saturday afternoon teatime. But cheap as it was, this stuff hasn't got enough about it to trouble the upper single figures.
Posted by Eddie Grace at 18:47