Asda way to do it 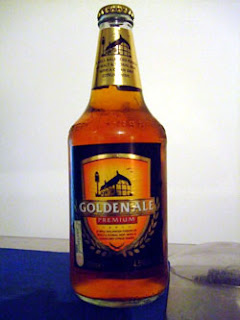 Why? Why did I bother with the pretenders? Asda is truly the king of clippy.

Countless expensive marketing surveys have concluded it cuts more prices than any other supermarket, so why have I been scrabbling around elsewhere for bargains when all along, they were there on my doorstep?

Four beers, four quid. Simple as that. And they're not duffers too, by the looks of it. One's a porter, two are golden ales and the other's a double-dropped best bitter.

There is an element of the nativity about this, if I can blaspheme for a minute. I've been Artaban, the fourth 'wise' man who turned up late at the meeting point because he was tending to some sickly stranger and ended up missing out on the gig. Was it my calling to be tested by the fakers instead of forging on with the quest, to be thus cruelly denied the chance of greeting the King?

Unlikely, isn't it? But I do feel I've had some kind of epiphany. Asda had a great selection, most of which were on three-for-four quid offer and some priced at the ludicrously low sum of one pound. Nowhere have I been more spoiled for choice or so uncertain of what actually constituted the best deal than at Walmart's finest.

So there you have it, folks. If you want cheap beer, go to Asda. Now all that remains is the small but not insignificant matter of tasting one of the offerings. 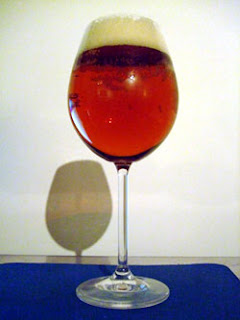 Beer: Asda Golden Ale (brewed by Shepherd Neame)
Country: Kent, England
Strength: A princely 4.5%
Colour: Gold, frankinsense and myrrh
Smell: Fruity, flowery, honeyed and citrusy. So a pint of Lemsip, then.
Circumstance: End of another long old slog today. This time involving work, Christmas shopping, sorting, child ferrying, wardrobe shifting and tidying. All carried out with a grossly unfair bout of catarrh.
Tasting notes: Oh, this is very good. It's not like the flock of golden ales I pilloried a few weeks ago. Oh no. This is fantastic. It has a lovely, citrusy, biscuity sharpness that's followed by a gush of honey-tinged mellowness before it flatens out like Holland. Cold and bitter (no offence to the Dutch, of course, who are a great people). Hand me my spade, please. But back on topic, a fine flavour of hoppiness lingers for some time afterwards, which is highly pleasing. There's even a suggestion of northern lights in the belch, which is a terrific sensation.
Drinkability: Among the best I've tried so far this calendar. And there have been some excellent beers. I'll be off to spend a tenner on this come payday.
Gut reaction: Who cares? I'll happily rattle out the rectum Revels all day long in return for this frankly top-notch ale.
Session factor: Higher than an ace. It's on the robust side, but think on... it's still weaker than most lagers and is only just stronger than Carling Black Label. You see.
VFM: 9.8. Would have been good value even had it been cack, but for a quid a bottle, you cannot go wrong with this. I'm massively impressed with the amount of flavour and strength available to the beer-buying public for only one pound sterling.
Posted by Eddie Grace at 21:28