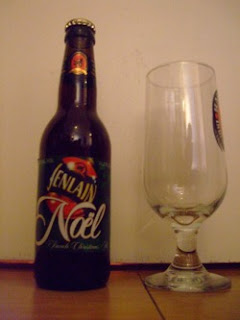 Nostalgia's a funny old thing, isn't it? Somehow manages to extract all the crud and leave you with just the good bits of anything you're remembering.

Way back in the 1970s, hods of snow before Christmas was the norm, but successive years of Conservative governments put paid to that and it was only latterly under New Labour that we started seeing even the threat of a White Christmas. Well, in London anyway.

As a child, snow was the ultimate luxury. It would turn adults into cavorting infants, lay waste to any plans of travelling to unfancied destinations and, most importantly, would cause schools across the land to close, meaning long days filled with sliding, snowball fights and snowman building.

Now it's a blummin' pain in the arse. A big night out planned for this evening looks likely to be sparsely attended as transport infrastructure buckles under the weight of a feeble few inches. Traffic chaos clogs the arterial roads, while overground trains turn their noses up at heavy frost, never mind actual, genuine snow. London is staying in tonight.

I wonder if I'll block any of that out when I look back at this winter in years to come or whether I'll remember every minute detail. My suspicion is I'll romanticise about it in some way, which is probably for the best all things considered.

And the same can be said for the beer I'm having before setting off. I used to drink Jenlain beers when I lived in France, straight from the litre bottle like the urban sophisticate I was. It was one of the better ones, if I recall correctly, although beer was much of a muchness out there. Still, this one had more character and I believe they did an 'ambrée' version too, which had genuine taste.

Tried one last year and it tasted foul. So having pulled out their seasonal 'Bière de Noël', I'm not entirely relishing drinking it. 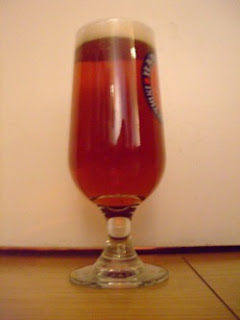 Beer: Jenlain Noël
Country: France
Strength: A rosy cheeked 6.8%
Colour: A deep, crisp, even Cognac. With a white fake fur-rimmed hat.
Smell: Apples and rum-soaked fruitcake
Circumstance: About to brave the icy tundra that is the Old Kent Road in a bid to make it to north London. I'm just going out for a short walk, I may be some time.
Tasting notes: The apple rolls out of the nose and down into the mouth with a large, satisfying plop. And with a faint hint of ginger wine, a cheery, red-nosed reindeer-riding portly gentleman flumps down on your tongue, lifts a glass of sherry to his lips and polishes off a nice, warm mince pie. It's Christmas eve and all around is still, silent and smothered in a blanket of white crystal fluff. But on your tongue, it's another matter. A million liquorice stick elves argue and bustle their way about, bumping into each other and spilling hastily gathered presents of caraway and juniper all over the mouth floor. Being elves, it takes them an age to tidy up, so you're left with the chaos for some time.
Drinkability: With all the complexity going on, you'd think it would be a struggle, but this slips down like an unsure-footed pensioner negotiating an icy supermarket car park.
Gut reaction: So far, so good, but there are rumblings off that must surely be the sign of mild disturbance on the horizon.
Session factor: Relatively low, although I do feel I'd like another couple to make sure.
Arbitrary score: 7.6
Posted by Eddie Grace at 16:36

you make it sound so nice (what with all the apples and cake) that I almost fancy a rang on that.
hope HaveN4's fun tonight!

Cheers, KV. You know I offer beer consultancy services too and can find a beer you like or your money back.

Am borked from HaveN4.