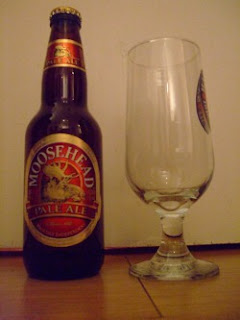 It's usually around this time of December that apathy kicks in, both in the calendar and among readers.

Perhaps it's overload. Maybe it's me running out of ideas. Or it could be just that the idea is better than the execution. Whatever it is, mid-December sees hits plummeting and a corresponding dip in my enthusiasm. I'm a sensitive soul, you see.

So when I got back from the Purple Radio Christmas party in Nottingham yesterday, I found it impossible to muster up the will to update the calendar. A bit of disappointing news didn't help either, but I'll keep that to myself rather than bring the mood down any further.

Today's been a difficult one as well, but the bright spot on the horizon was the chance to update the calendar with a couple of ales and wash away the general feeling of malaise.

And, in the words of the Buzzcocks, what do I get? A glassful of beer so insanely dull it's pitched me straight back into a state of mild melancholy. I have not done anything to deserve this. Here's hoping the one scheduled for this evening provides a bit more of a spark. 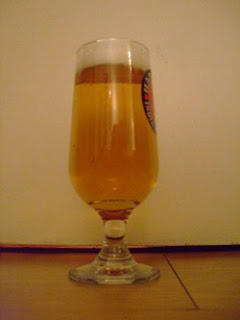 Beer: Moosehead Pale Ale
Country: USA
Strength: An flat 5%
Colour: Anaemic cider
Smell: Day-old damp dishcloths used to mop up stale ale
Circumstance: Playing catch-up and finding it really difficult to get into with any kind of enthusiasm
Tasting notes: Not particularly impressive. It has the unmistakable flavour of warm Stella Artois that you've bought from a 24-hour booze emporium. There's so little about it, it's hard to describe what it tastes like in any detail. It's so uninspiring, I can't even come up with a cutting put-down.
Drinkability: There is nothing about this beer that would make you want to even finish one, never mind have several.
Gut reaction: Gassy, chemical overtones and light enough to get through you like cheese through a goose.
Session factor: Low. It's so nondescript, but still weighs in at 5%. Almost the worst combination you could imagine.
Arbitrary score: 3.2
Posted by Eddie Grace at 21:36

Ouch! I won't be wasting my pennies on that then...

Jeez - amazed it even rated a 3.2. Seasonal generosity? Sorry to hear about more bad news fella - hope you bounce back soon. Great to see you in Nottingham.

Told you it was an arbitrary score.