Sleep of the just 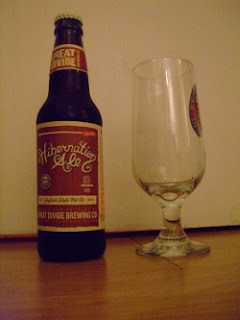 A not entirely unwelcome by-product of the end of a marriage is that you feel considerably less duty bound to get out of bed.

Having stayed up a little too long watching the serene progress of England's batsmen against the pop-gun Australian attack, I found this morning's lie-in a real boon. Coupled with a to-do list only one item long and it added up to a highly relaxing Saturday.

Given that one item was a trip to Utobeer in Borough Market to pick up the remaining beers for the calendar and you begin to see how well the day has taken shape. Utobeer is a funny old place slap bang in the middle of a bustling, way-too busy market. It took 10 minutes on the train to London Bridge and another half an hour from there to push my way through a sea of slow walking shoppers with way too much time on their hands.

The shop itself is a collection of about five shelves stuffed to the rafters with as wide a range of beer as you can get in London. At least, I think so. I definitely haven't found anywhere else with such a choice. It's friendly service as well, but then I guess if you're laying at £40 on beer, you'll be well received in any establishment.

And it's one of theirs I'm sampling tonight, a great big bear of a beer from Denver, Colorado. The bottle looks fantastic; just the kind of understated label I like, although I'm discomfited somewhat by the best before date, which shows I should have had this just over two and a half months ago.

Oh well. Perhaps the high alcohol content will have preserved it a bit longer. 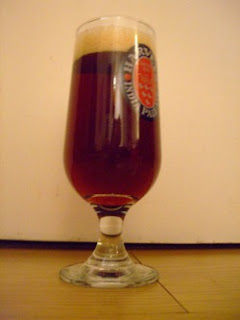 Beer: Great Divide Hibernation Ale
Country: USA
Strength: A disconcerting 8.7 ruddy %
Colour: Mahogany red, like a piece of fine furniture
Smell: Like a great big bear of a beer that's been using fortified wine as a deodorant
Circumstance: Mid way through making a hearty bean stew.
Tasting notes: Oh. Wow. This is the kind of beer I'd like to spend time with; cold evenings in by the fire cuddling up on furry 1970s white rugs. It coats a thick film of spirit-laced molasses instantly, almost like it's been drinking Kahlua and then stuck its tongue in your mouth. This sensation stays with you a while and it's some time before the sweetness subsides. And I want more. Finally, a whisky tinged bitterness lays itself across your tongue and you're called by the Sirens to drink from the cup again.
Drinkability: Heavenly. Genuinely smooth, flavoursome, complex and moreish.
Gut reaction: With it not being overly volatile, it tends to have a calming influence on the gut. Time will tell whether the best before date was strict or not.
Session factor: At 8.7%, you won't eat more than three in one sitting. I'm only half way through and hibernation seems an interesting prospect.
Arbitrary score: 8.7
Posted by Eddie Grace at 23:08

Beer...cricket...lie-ins...chore-free weekends? That's so subversive it belongs on WikiLeaks!!

Wow, this one I really want to try! Thoroughly enjoying this jaunt through the beerniverse, so thank you!