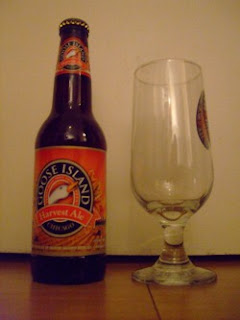 Bartender, I'd like a Manhattan please. Each time I hear it, the cloying sense of my future plays itself out in the form of a beautiful duet between Tom Waits and Bette Midler.


For those unfamiliar with the Asylum years, I Never Talk To Strangers has for some time been my go-to track when I wanted to remind myself how good it was to be married. It's perfect. Sums up the desperation and sense of hopelessness you feel when love's gone sour and you're looking somewhere else to satisfy that very human need.

But towards the end of that track, you're given just the briefest hint that salvation may be round the corner. It's left ambiguous, but hope is discernible among the bittersweet vocal harmonies.

Tom Waits is an ideal companion for maudlin drinking, so I decided he'd be the ideal accompaniment to this evening's calendar updates. Someone I care about got some disappointing news today and, for one reason or another, I feel kind of powerless to make it any better despite wanting to do just that. Which makes me feel disappointed. And let's face it, this calendar is essentially all about me, not the beer, so you'll have to indulge me in this.

Having now written myself into a corner, it's time to relate this to last night's beer. I feel I let the calendar down last night, although it wasn't entirely my fault. A lack of camera meant no pictures, which are definitely a necessary part of the whole, I feel. So I'm playing catch-up tonight, but I realise it's not the same. Still, it'll be a duet of beer, so the tenuous tie-in with the Tom Waits track just about works.

On the plus side, there will be two beers and, if I can muster up the inspiration, two rambling bits of nonsense beforehand as well. What a treat. First up is Goose Island's Harvest Ale from Chicago. It's a stranger to me, as is the second, which is as yet undiscovered. 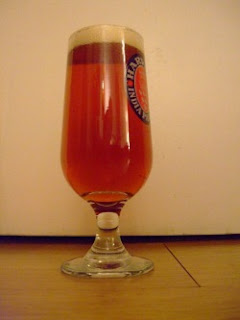 Beer: Goose Island Harvest Ale
Country: USA
Strength: An above average 5.7%
Colour: Ruddy
Smell: Homemade balloon kit and stewing apples
Circumstance: Midway through Foreign Affairs, a few sheets to the wind after leaving-do drinks and gulping at the enormity of the task ahead. And feeling sad for someone else. So massively receptive, then.
Tasting notes: Actually just not good enough. Most of what makes a good ale is here: nice hoppy smell, brief taste of *sigh* malt biscuits before a temporary lashing of sharpness. But it's half-hearted. There is no passion. Instead, it delivers a check-list of desirable flavours, none of which are tough enough to meet their remit. I feel deflated. If the brewer can find all the necessary ingredients, why can't any of them be purposeful enough to hit the target? I had a pint of too cold Old Speckled Hen earlier and I'm having trouble telling them apart, which is criminal for a beer of this supposed stature.
Drinkability: Easy. Especially if you're a fan of the innocuous.
Gut reaction: It's too middle-of-the-road to make you worry about any potential uneasy effects.
Session factor: Relatively mediocre. You could feasibly drink quite a fair few, since it doesn't taste anywhere near as strong as it claims to be. Nevertheless, you just wouldn't want to.
Arbitrary score: 4.6
Posted by Eddie Grace at 21:43