A Rod(en) for your own bach 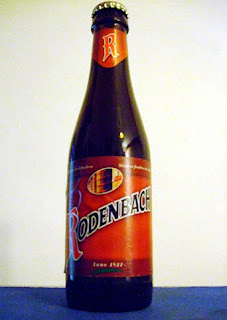 The best laid schemes, as a Scotch tax inspector and sometime poet once opined. You try to stick to a timetable and something is gonna come along and cock it right up.

So, having given the Beer Advent Calendar not a little thought, I am stricken down with possibly the worst bout of manflu' ever. It renders me grumpy, mucus-ridden and incapable of interaction beyond the odd grunt. But there were noticeable changes too. My focus blurred, my priorities went and I'm afraid to say the Beer Advent Calendar sadly slipped off the radar.

Pretty much everything else came off the rails over the last few days as well. I'm coming towards the end of my second day off work, have ploughed my way through three boxes of Lemsip Cold & Flu Max and four packets of Lockets. I've also exhausted the Top Gear re-runs on Dave, so things must be bad.

But there is light at the end of the tunnel and fortunately that light is not, as Half Man Half Biscuit once sang, the light of an oncoming train. Despite having a nose that looks like it's had an unfortunate disagreement with a cheese-grater, I can now breathe through both nostrils and a sense of taste is slowly returning to something approaching normal.

So it looks like I might be able to kick off the calendar just one day late with the terrific looking and unnervingly ironic Rodenbach. It's a reasonable 5.2% and the blurb, in Dutch and French, reckons it has a wine-like bouquet about it. We'll see...
Posted by Eddie Grace at 16:36