I don't know what he is 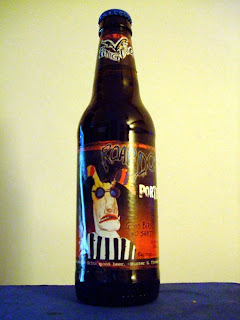 I don't know what he is. It's called Flying Dog, ffs. What is it?

I've no idea about American beers, so this pugnacious little whipper-snapper from Colorado with Hunter S Thompson pretensions can go and get fucked, quite honestly. Look at it, with it's Gerald Scarfe attitude and its 'oh-so-dangerous' withering look about it. The label tells me it's a porter, but it's called Road Dog, so it might as well be a brand of Biltong for all I care.

So it looks like the USA needs to brush up on its PR to convince UK drinkers to sample its wares. Quite honestly, I'd rather take a rusty six-inch nail to my own spleen than taste this arriviste bottle of so-called beer with its oh-so-trendy label. The cunt.

Is there any way it can redeem itself? I'm not so sure. Even if the colour's good and the smell is wholesome, the taste will have to be akin to manna from heaven for this upstart ale to register above the moribund. I really don't want it to fail, but it is looking at me like the beer equivalent of Christiano Ronaldo, so it's gonna have to be bordering on the Van Basten to salvage some dignity and make it rise above the Chris Woods, quite frankly. 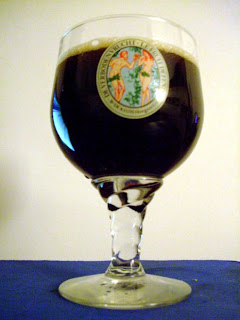 Beer: Flying Dog Porter
Country: USA
Strength: 6%
Colour: Really dark brown. I'd call it black, but that would make it too cool.
Smell: Malt, molasses and treacle, all in one overpowering little measure.
Circumstance: Back from a kids party at which the Tizer was overflowing
Tasting notes: Not good enough, basically. The trendy label says: "Good beer, no shit," but it lies. This is trying very hard, but it's difficult to shrug off the 'Happy Shopper Mackesons' flavour that permeates the brew. I'd like to wax lyrical about the caramels and cinnamons that are buried beneath the overpowering licquorice, but I can't because of the latter. I'm sure there's a time and a place for this beer, but I'm struggling to think of when and where that would be. Just before being guillotined, perhaps?
Drinkability: Rubbish. It's like Guinness mixed with strong sherry.
Gut reaction: Volatile. I'm having one and that's enough for the next couple of years, I should have thought.
Session factor: Piddling. You'd have to be a frontal-lobotomised narwhal to consider having more than one of these idiotic so-called ales.
Posted by Eddie Grace at 21:30