Life is a celebration 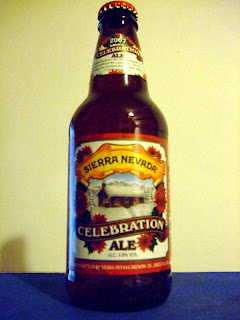 And it's good to celebrate life. Really. This isn't a cliché. I know it sounds like one, but quite frankly, we're none of us really aware of how much we should appreciate it when it's there.

It'll be a solemn one this evening, as I've just found out my uncle's got cancer. This was an uncle who was quite a father figure because my real dad didn't hang aroung too long and my stepdad was more interested in my mum than me, which is understandable. So I looked to this uncle for the dad stuff, basically. And he didn't disappoint, egging me on to try booze, encouraging misbehaviour (no doubt to piss my mum off) and introducing me to real beer, for which I'm eternally grateful. I'll never forget the look on his face when, at his cricket club, he turned round to me, a callow youth of 15 years, and asked if I drank beer. When I said: "Yes, I'll have a Grolsch," he simply shook his head, ordered the lager and his own pint of Tetley's and tutted. Damn right. I soon learned.

I've lots to thank my uncle Roger for, not least for getting me into ale, cricket and cryptic crosswords. We don't know how long he's got left, so I may be being extremely premature, but this ale's dedicated to his memory. A simply ace bloke who bent over backwards to entertain, educate and nurture a little lad who'd lost his dad. Cheers, Roger. This one's for you. 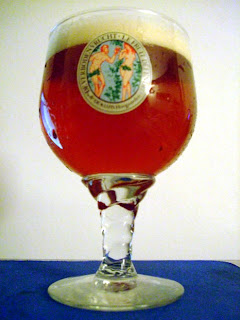 Beer: Sierra Nevada Celebration Ale
Country: USA
Strength: 6.9%
Colour: Dark, threatening orange
Smell: Otherworldly sherry from a hell of ageing great aunts. And American cream soda. Slightly acrid socks come in to it.
Circumstance: Reeling a bit from some pretty bad news. Celebration it ain't.
Tasting notes: Almost overpowering roundness to begin with. You feel you're wrestling with the steering wheel of a small, buffeted galleon on the high seas. This is a great big bear of a beer, with shades of apple and pear at the start before you get whiplash from the rampant lion of bitterness that stakes claim to the entire savannah of your tongue. The sharp, almost acid finish skids on for some time, layer upon layer of dry bitterness keeps on taking, like the grazing you'd get falling off a bike at 35mph. You're almost compelled to keep drinking it for the mellow fruitiness you get at the start, but there's a vicious circle you don't want to get involved with that lies that way. It's actually a fairly frightening beer. I'm almost glad I've only got one.
Drinkability: I've had one and I don't reckon I'd be all that comfortable having another.
Gut reaction: Lays heavily on the stomach, but if you were coming at it fresh, you could put a few down there and it wouldn't be overly volatile.
Session factor: If you wanted to get warm on a freezing night shouting at passers-by on a park bench, be my guest. Otherwise keep it to one or two.
Posted by Eddie Grace at 21:35

You certainly do seem to have found a crop of heavy-hitters to start with!

I am sure he approves of you raising a proper glass in his honour!

Beautifully written as ever, Ben.

And very sad to hear the news of your uncle. Am going through a very similar thing myself.

My thoughts are with you.