And fire in the sky. So sang Deep Purple in homage to an incident in Switzerland involving Frank Zappa and a burning building.

To be fair to this beer, it's unlikely I was ever going to give anything a stunning review today. It's been fairly hectic what with one thing and another and I've half an eye on going out for some ales and a curry with the lads later, so am a mite preoccupied too.

But none of that really excuses this poor excuse for a beer. Whose idea was it to take perfectly good ale and make it taste like it had been in a housefire? It's like a brown ale, only burnt to a cinder. I'm puzzled and disgusted in equal measure. This isn't beer, really. It's an abomination of a travesty of a sham. It'd be right at home in the fiery infernos of beer hell, charred rubbish that it is. 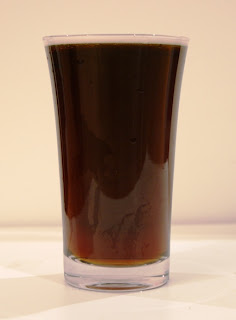 Beer: Schlenkerla Rauchbier
Country: Germany
Strength: 5.1%
Colour: Bottle brown. Actually, sod that, it's shit brown. Brown as shitty shit
Smell: Ashtrays and beer. If it were in a can, you'd think someone had been dropping fag ends in it
Circumstance: End of a day at work and just about to head out for a few beers
Tasting notes: Fire-damaged lego. Really unpleasant, extremely difficult to drink and hard to get past the feeling that you're drinking inside a charcoal factory. If there is anything positive to say about it, it's that the finish is mercifully short. However, that very same finish is the one that tastes of sodden, campfire-stale clothes, so really there are no saving graces.
Drinkability: Poor. It's a brown ale, fairly treacly of consistency and tastes revolting.
Gut reaction: I can't imagine how badly this is going to play as a 'base coat' for the forthcoming onslaught. God help me.
Session factor: Puny. I'm struggling to get one down me.
Posted by Eddie Grace at 17:32

It was. Only had four pints out last night, but it was the Rauchbier that I could taste this morning. Not for me.

and yet the label looks so niiice

but my experience with this was much the same as yours

books, covers and all that