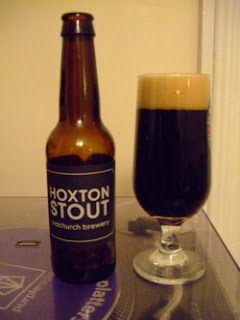 OK, I know it's late, but I've not gone to bed yet, so this still counts as 'today' in my book. And for several of our friends on the American continent, this is still the 8th of December.

And with that firmly established as a perfectly reasonable excuse, we'll get on to the less rational arena of the errant pub.

That's you, The Harp. Because on the surface of it, you do everything right. And you sell some good beer. Hell, you even look OK. But you fail. And you fail epically.

Here's why. You were open. And to all intents and purposes, you were still open when I chanced upon you this evening. And when I ventured inside, you were all lights on and serving. And you'd seen me waiting patiently for my opportunity to order.

Then you decided you were shut. No flashing lights, no 'last orders' bell. Nothing. Just a refusal. That's not good enough. I don't mind you being shut and I totally respect your right to call time. But you really should call time so I can at least choose to head elsewhere.

And I'm massively disappointed, because I've recommended you to countless people asking where the best pub near Charing Cross is. And even though this evening you had a relatively uninspiring beer list, I still thought you were a better option than just heading home. But I was wrong. I didn't want to be, but you pushed me into it.

I realise this won't affect you commercially, but I can't recommend you any more. A good pub has great beer, a good atmosphere and, crucially, lets everyone know when it's over. Two out of three, in this instance, wasn't good enough.

But then, you didn't have any Redchurch Brewery beers for me to have a crack at, so perhaps it was for the best.

Beer: Redchurch Brewery Hoxton Stout
Strength: I can't read what it says, but it looks like 8.9% (it's actually 6%)
Colour: Deep, dark and brown. Like you wouldn't muck about with it.
Smell: You know what. I've had several sniffs of this and I can't make out anything other than 'beer' and 'fruitcake'. Which isn't good enough in my book.
Tasting notes: For a stout, this is surprisingly refreshing. Sure, there's molasses and treacle and everything you'd expect from a stout (apart from Guinness, that is), but this has a bit of a kick to it. Not only when you first swig it, but long afterwards as well. Almost infuriatingly. You sense you'd quite like rid of the taste, but it comes back at you like a child insisting it wants to wear the red cardigan; not the pink one. It doesn't know these things are up for debate; it just says it louder and louder till you have to threaten to take away its noo-noo before it'll back down. It's not unpleasant; just inevitable.
Gut reaction: I'm indignant it won't hurt a bit, despite having already burped several times.
Session factor: Depends how much you enjoy conflict.
Arbitrary score: 12
Posted by Eddie Grace at 00:33