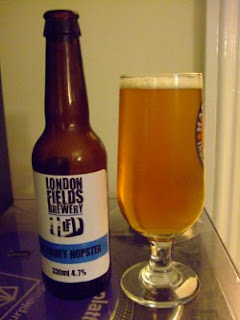 The internet is so commonplace these days, it's sometimes easy to forget it wasn't really there 20 years ago. You can do so much you could only have dreamed of in the not-too-distant past, it's scary. Like update a blog, for example.

And that's exactly what I'm doing right now. Because when you read this, I'll be several ales and maybe one or two Jenevers to the good in Amsterdam on the works Christmas party. We've clearly had a good year in 2011. In all honesty, I think I'm probably too ill to appreciate it, but we'll see how the Dutch gin deals with the sinuses and I'll report back tomorrow.

Holland isn't exactly famous for its brewing industry. If you take Heineken and Amstel out of the equation any way. But there are one or two fine beer makers out there, which I intend seeking out the day after our celebrations when most of my colleagues will be on their way home.

The Amsterdam 'brown bar' is something I've never really patronised to a large extent before, but I'll be seeking a few out tomorrow. Essentially, they are old, traditional places with dark brown wood panels on the walls (hence 'brown bar'). The few I've seen pictures of look brilliant. Like a Dutch equivalent of an old man's pub. I'm really looking forward to unearthing a few and, if any of them sell De Molen beers, so much the better.

But just having a pleasant afternoon wandering round the concentric canals without much to worry about will be nice. It's a terrific place to mooch around in and once you get over the initial weirdness of the all touristy stuff, there's a lot to see.

And with any luck, this stupid cold will be a distant memory by then.

Beer: London Fields Brewery Hackney Hopster
Strength: 4.7%
Colour: Joe, Joe. It's that lager colour again, Joe.
Smell: Not unpleasantly floral. And sharp enough to cut right through the blocked sinuses.
Tasting notes: Good heavens, it's like Lemsip. Now it could be that I'm imagining this, but after the initial rush of bog-standard 'best bitter in a bottle' disappointment, there's a huge rush of citrus that genuinely makes me feel I'm downing an alcoholic cold remedy. Not quite Night Nurse in a glass as there isn't a great deal of body about this and the finish is sadly all too brief, but I'm almost feeling a few more swigs of this will see me through the night. There's precious little fizz about it, though, which is why it also feels like it's been poured straight out of a barrel.
Session factor: Fairly high, I'd say. Little carbonation, average strength and light enough to slug back with abandon.
Arbitrary score: 17
Posted by Eddie Grace at 13:08