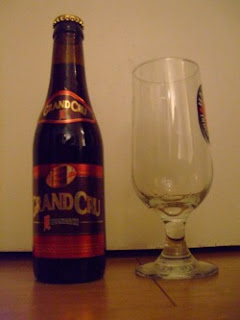 And worse I may be yet: the worst is not so long as we can say: "This is the worst."

For many, many years, I used to trot this line by Edgar out of King Lear to people when they weren't feeling great. It seemed to fit. Almost like a cultured, Shakespearean 'cheer up, it'll never happen'. I was understanding and wearing my education on my empathetic sleeve, bidding people that their situation wasn't so bad and had the potential to be far worse.

It is a truism, of course. How can you know what the lowest point will be? You can think nothing else could make you feel worse than you do, but then something else rocks up and puts it all into perspective.

So having hammered the miserable records I own, I'm beginning to think that, in all seriousness, things might not be as bad as I imagine. I'm living the roller-coaster existence, but the troughs are so much more shallow than the peaks are high. And amid some pretty shitty lows, there have been unimagined highs that I've scarcely had time to appreciate.

All of this, I'm ashamed to say, is embodied in this next beer. Trite as it may seem, drinking this has made me re-live, in beer form, the fluctuating fortunes that life throws at you without cease. Harsh, caring, sweet-smelling and cruel. But available in bottles so you know how much you have to deal with, which is where the analogy falls down, I suppose.

Still, at least it's interesting. 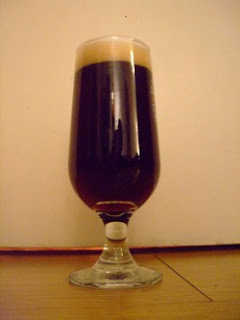 Beer: Rodenbach Grand Cru
Country: Belgium
Strength: A 'could be worse' 6%
Colour: The deep dark red of stagnated blood
Smell: Sour cherries, vinegar and cat-piss stained low-rent accommodation
Circumstance: Listening to the most downbeat records I can dig out in an effort to get some perspective.
Tasting notes: Quite honestly, I thought I'd just had a blast on an inhaler of Vicks Sinex. The sheer, bold-as-brass foot-stamp of tang flew up from my mouth and hassled my nostrils within the first gulp. Smacked me round the face, grabbed my chin, ruffled my non-existent hair and pulled my earlobes before I'd taken the glass down from my lips. Gets the zangers going too; that is to say, it evokes the first glug of orange or grapefruit juice in the morning. The jaw muscles lurch into spasm and an aching pain radiates outwards into your cheeks. But as if sensing your discomfort, a cherry lipstick-clad nurse breezes over and administers a calming, cool palm on the brow of your tongue. But what with all the cuts and that, her time is short and she disappears before you've tasted that beautiful respite. Then the sour cloy of the medicine kicks in and you're left in your hospital bed; nodding, appreciative and still wondering when the torment will end.
Drinkability: Addictive as the harsh sting of freshly ground chillies and perfect for cold winter evenings and balmy summer nights. Alarmingly drinkable, despite what it sounds like above.
Gut reaction: On its own, it's unlikely to overly trouble you. I'm worried about its effects on top of what I've already had this evening. Don't mix and you should be OK.
Session factor: You'd have to be some kind of masochist to get through more than a couple. But like lemon fizz-bombs, it has a distinct, insistent pain element that could be construed as desirable under certain circumstances. Like if you've been a bad, bad boy, for example.
Arbitrary score: 7.9
Posted by Eddie Grace at 23:17