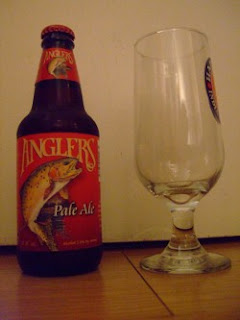 This evening's snow gave me the excuse to visit the Royal Oak in Borough, one of London's finest juicers and the only Harvey's-tied house in the capital. Having missed two buses, there really was no alternative. First off was a pint of Pale, followed by a quick look at the bus stop. Seeing another go by meant I was doomed to return to the warm, soothing breast offered by the boozer.

I followed it with a pint of Old Ale, which immediately drew a comment from an older gentleman perched next to me. We began talking about ale, breweries, the pub trade, Hertfordshire, computer support and a fascinating-sounding exhibition currently at the British Library about the evolution of English. Terrifically entertaining, thought-provoking and genuinely friendly. I'll never see or talk to him again, but there was a sharing of thoughts that would never have happened if I hadn't been drinking proper beer.

Unfortunately, I still needed to get home, so a half-hour wait for the bus did enough to remind me that not all is warmth and light out there. Feet are still cold, so here's hoping the next one out of the calendar does something to warm the cockles. 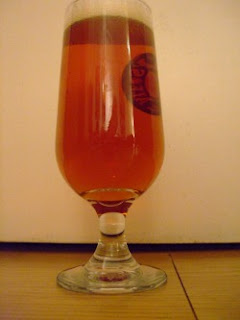 Beer: Uinta Anglers Pale Ale
Country: USA
Strength: An intriguing 5.8%
Colour: The glow of a traditional London boozer
Smell: Parma violets and cherry lipstick
Circumstance: Thawing out after an evening spent giggling at the huge flakes of snow landing on my nose.
Tasting notes: As finely put-together a pale ale as you could care to imagine. Joyously soft on first sip, it spreads its tentacles once ensconced in your mouth, spreading it's flowery petals far and wide as if dishing out lottery winnings. It's not like a Badger beer, though, in that the floral flavour ducks out at exactly the right time before becoming overpowering. A sidewinder scatters sands of sharpness as the finish snakes its way off into the gullet. Fantastic.
Drinkability: Stellar. This is eminently drinkable and gives you all you'd ever want from a beer.
Gut reaction: I don't really care. Whatever happens in future, I'm happy with the here and now.
Session factor: Ambiguous. Might stretch to a few, but would be OK to experiment with several given the right circumstances.
Arbitrary score: 9.2
Posted by Eddie Grace at 22:17