Paine in the neck 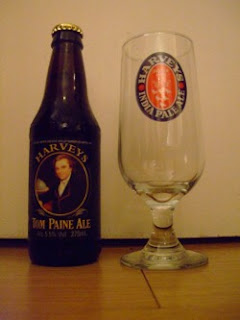 Apropos of absolutely nothing, I'd like to pay homage to a dear old friend of mine who's wit and wisdom came to me as I was battling the elements this evening.


Tony 'the chisel' Leigh is an Oldham-based guitarist of some repute. He could genuinely have been a 'contender' had it not been for his fondness for a few beers and less-than-dedicated attitude. I'd model myself upon him if I could muster the enthusiasm.

During many a bored evening, I'd spend time drinking and watching the man as he'd play deft cover versions of songs rarely trotted out in that half-horse town. The more drunk he got, the better he played. I once saw him leaning on the guitar he was playing to avoid falling over, adjusting the notes he was picking out as the neck of the guitar bent and threw out the tuning.

But an at-least equal part of the overall package was the inter-song banter he'd engage in, seemingly ambivalent to the audience's reaction. All sorts of modern life was dissected for the general amusement of the listening public, much of which sailed over their heads, but most of which produced much mirth nonetheless.

His finest example is below. I'll make no apology. It could be a case of having to be there. But whenever he told this tale, I couldn't help but crease up.
"The wallpaper maniac. Sounds silly and corny dosent it?

"Well consider this then. You're enjoying a pleasant stroll down a country lane as dusk is descending when out from a hedge emerges a man. He is six feet tall, obese, and sweating profusely. You catch a fleeting glimpse of your own terrified reflection in his blue-rimmed NHS pescription glasses as he produces a roll of B&Q top quality vinyl on a roll and begins to bludgeon you to the floor with his shrink-wrapped, improvised weapon, smashing your jaw and, with his tasteful yet colourful, hard-wearing, washable wall covering, delivering another gut-wrenching, sickening blow to your genitalia.

"NOT SO SILLY AND FUCKING CORNY NOW, IS HE?"

Tony, wherever you are, this one's for you. *raises glass* 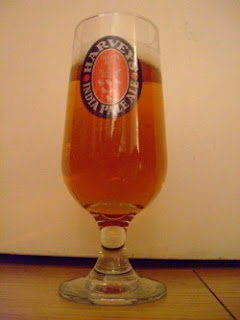 Beer: Harvey's Tom Paine Ale
Country: UK
Strength: A notch above normal 5.5%
Colour: Fag-end bright tan
Smell: The soaked carpet of a long-neglected old man's pub in Walsall.
Circumstance: Wondering at the world and wishing it weren't so wilfully wonky. (I've told you about this alliteration - ed.)
Tasting notes: Oh now this is a slow burner. It smelled silly and corny, but while I was sitting here minding my own business and watching the darts, out of the glass emerges a beer. It's six feet tall, obese and sweating profusely. And as I'm gazing into its golden depths, I catch sight of my panic-stricken eyes as it produces a roll of orange linoleum and proceeds to smash the granny out of my remaining tastebuds with its hop-laden, sherbert dip-mimicking rolled-up lariat. The finish is your flavour receptors gibbering and whimpering on the floor having taken a proper kicking from the father of the American Revolution clad in tangerine-tinged jackboots..
Drinkability: Strictly for the masochists or followers of American history
Gut reaction: I'm more worried about my mouth, quite frankly.
Session factor: Poor, really. It's nice and all that, but there's only so much abuse a poor tongue can take.
Arbitrary score: 6.8
Posted by Eddie Grace at 00:02