The vampire strikes back 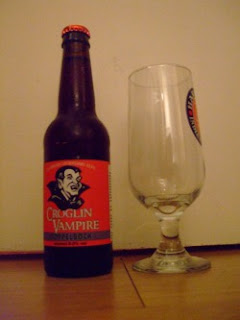 There's a track by the Leisure Society called Last of the Melting Snow that seems oddly appropriate at the moment, especially given the current wintry weather.

Ironically, it's one my wife and I would sing together in the car or while cooking during better times between us. It's a beautiful melody that hides a deeply sad lyric and it's one I'll listen to a lot during the new year, I expect.

And it's something about that contrast that seems pertinent at the moment. In all honesty, I haven't had a great week and, thinking about it, this year's been a struggle from the off too. I'll be glad to see the back of it and hopefully start smiling properly again in 2011.

But despite that, there have been three or four outstanding moments that I'll never forget and will undoubtedly have a bearing on how the next year shapes up. Putting the calendar together isn't one of them, but it has its moments every now and then, especially when you pull out a corker or get some nice feedback.

Tonight's first looks terrifying. A badly drawn vampire bares its teeth at you from the blood-red label and the ABV figure leaps out bat-like, launching its fangs straight for the jugular. A likely story of Cumbrian legend accompanies the brewer's address and best before date, in which a vampire apparently kills a local woman whose screams are heard by her brothers who hunt down and slay the villain. The town of Croglin has never been bothered by vampire's again as a result. Discuss. 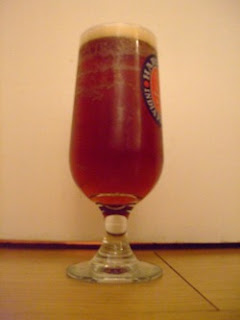 Beer: Croglin Vampire Doppelbock
Country: UK
Strength: A monstrous 8%
Colour: The red brick of terraced housing in the north west of England
Smell: Rancid malt vinegar and eggy farts
Circumstance: End of a difficult week but the darts is on, I have good music and at least one beer I don't have to write about cooling down to cellar temperature.
Tasting notes: Massively full and viscous and not remotely like it smells. The rounded fruitiness sticks to the inside of your mouth, coating it like a big pot of yacht varnish. Then the malt kicks in. Gently at first, then more insistent until you feel like a malt alien has planted one of its sticky eggs full in your mouth. Fortunately, these eggs are soluble in saliva, so instead of choking you to death, it gradually melts away leaving the merest of sour remains.
Drinkability: It's quite heavy going as you'd imagine. Strong, strident, sturdy, you won't get any breaks and it certainly wouldn't yield in a stare-out contest.
Gut reaction: Disturbing. I'm only halfway through a 330ml bottle and I've belched three times.
Session factor: Not good. Far too strong and possibly a bit sweet for my liking as well.
Arbitrary score: 6.1
Posted by Eddie Grace at 21:14