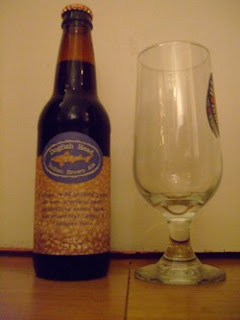 It rarely ceases to amaze me how much I can get done in a day when there's just a fleeting sense of focus evident.
This is the bleak midwinter and, while frosty wind and snow pelted the streets of London, I went about the task of sorting stuff out in a brisk yet purposeful way that surprised not only me but colleagues and family as well. Normally speaking I'd be achieving great things if I stuck my head above the parapet on a day like today.
There's no real way of knowing how it all came about, but I've cleared and sent a magazine to press, put pages into design, briefed two ads, handled one awkward client, done all the kids' Christmas shopping, bought in the last of the necessary provisions, gone for a swift, rewarding pint and still have time to post this review early.
Guess I must have gotten off to a good start, but however you explain it, there has to be some element of destiny about it all. Now usually I won't have any of that nonsense, but it really feels like everything's come together today in a way it has singularly failed to do for most of the year. What seems even more odd is that the poor run I've had over the latter part of 2010 seems to have coincided with the summer solstice, while I can genuinely feel the beginnings of an upward curve now winter has arrived.
Bunkum, really, though it really did appear like someone lit a blue touch paper, stood back and watched the results with a knowing nod. But however it's come about, I'm happy to accept it. Which brings me on to today's beer. I fished this one out at Utobeer because it had a nice label with barley on it and a picture of a fish. No other reason. That it came out today was slightly strange as it was the one out of all of them about which I knew nothing.
Yet what a revelation it's been. For all the world, it looked dull and lifeless when poured, but once let loose, there was no stopping it. Off it shimmied like a freed grayling bolting for the chalk depths. Fantastic. 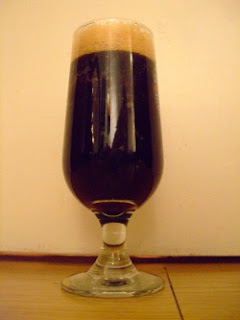 Beer: Dogfish Head Indian Brown Ale
Country: USA
Strength: A tomahawk-wielding 7.2%
Colour: Browner than brownstone in a sea of brown brownness. With some red in it.
Smell: Stewed tea and thick, black treacle
Circumstance: Relaxing on the sofa after a relatively stress-free Christmas shopping expedition, listening to the wonderful Marthas and Arthurs.
Tasting notes: Now I really didn't like the look of this one, but judging by the cover couldn't have been more inappropriate. It feels like the brewer has got everything just right. The beer eases out of the glass and on to the tongue like a Hollywood starlet slipping into something more comfortable. There it drapes itself, luxuriating in the soft fur of your taste buds before rolling around seductively and giggling so coquettishly you're immediately under its spell. This is beer noir, though, and the sting isn't far behind. As you're gazing longingly, a hop-laden henchman creeps up from behind and thuds a thick cosh into the nape of your neck and the bitter blood from your bitten tongue threatens to choke you. It's only when you're rolled out the back of an early 50s Buick Century that you realise your wallet and all your papers are gone and all you're left with is the memory of that satin doll honey who double-crossed you.
Drinkability: Easier than falling off a stack of finely balanced, greasy logs wearing roller skates. You, that is, not the logs.
Gut reaction: This is the oil that calms all troubles; a thick, gloopy, viscous agent that suppresses all volatility.
Session factor: Not high, as there is way too much about it. But like staring at the seductress, I believe I'd hazard at least one more shot to make sure.
Arbitrary score: 8.9
Posted by Eddie Grace at 20:09

brilliant. I wouldn't mind some of that!

and glad it's been such a good day.

dude! literally found yr blog an hour ago, following a link from @kernelbrewery and have sat and read all of this year's entries.

awesome writing (and some top tips for my forthcoming visit to uto!)

Wow. Cheers, Steve. And enjoy your trip to Utobeer. :D