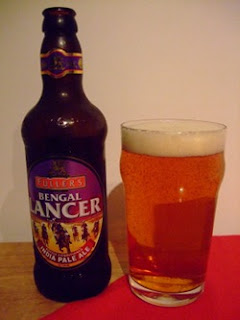 And so we draw the calendar to a close after yet another year of mostly regular updates, meandering commentaries and the kind of simile that works harder than most people throughout the entire year with about as much appreciation.

It's been an altogether blander affair this year. Barring a few extremely notable exceptions, the beers have been fairly one-track and uninspiring and the same can be said for some of the entries too.

Maybe that's down to waning inspiration or perhaps it's because I've had a considerably less eventful December in 2011. There's something to be said for the theory that creativity is frequently heightened by distress or borderline depression. So in a way, it is heartening to note it's been much more difficult to assign as much importance to the blog this year than I did in 2010. But it's a funny one to ponder. Would you prefer inspiration or contentment? Can the two coexist? And wouldn't this be much better if I had a pint?

As for the last question, I can think of only one way to answer that. And to round things off, a beer that's as London as you could hope for. Brewed by Fuller, Smith & Turner of Chiswick, it's an India Pale Ale like many I've had this year. Not a daftly hoppy one either, but robust and interesting enough.

It's doubtful you'd call this a craft ale like some I've had this month, but I really don't mind that. You feel like you can have a full pint of it without having to fawn over how amazingly well it's been balanced and how wonderfully pungent the new world hops are. Not that I mind any of that, but sometimes you just want a beer and this is just one of those.

Beer: Fullers Bengal Lancer
Strength: A strong yet perfectly feasible 5.3%
Colour: Standard beer light orange.
Smell: Standard beery smell, nothing out of the ordinary, nothing noxious. If anything, slightly fresh smelling, like just-washed woolens.
Tasting notes: Sharp, crisp and with admirable fortitude. Every other cliche you can think of to describe what's a genuinely tip top IPA. Whether it would qualify as one in the strictest sense is really neither here nor there with me today. I'm being seasonably charitable, but I think this beer deserves it. There is a faint taste of Christmas about it too. Peppery and spicy at first, just a smidgin of fruitiness later. Well done, Fuller's.
Gut reaction: I'm marking it down here as it's already not sitting comfortably on my Christmas dinner.
Session factor: Not today, but another time I'll gladly neck a few of these in one go.
Arbitrary score: 258

Had a pint from the Chequers in Chippy with sir Dan Harding last night. Lovely lovely beer.