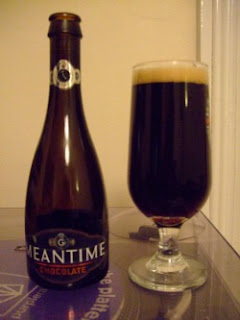 Halfway through the calendar and not even a passing glance at the surreal. How the dolphin cucumber has that happened?

I had a quick ganzer at last year's calendar and couldn't believe how much better it was. Passionate, heartfelt writing, jokes, puns, interesting metaphor. It had the lot. Whereas this year has been pretty mundane, if the truth be told. Laboured, unfunny, boring. Even for the reader.

Now there must be a bloody good reason for this, I over-analyse. What can the explanation be? It's clearly not the selection of beers - plenty of good stuff in London, I note. There's the possibility I've just got shit in the intervening year, which you can't rule out.

But the over-arching difference between this year and last is... December 2011 is just not that dramatic. This time last year was genuinely tumultuous for all manner of reasons. In all honesty, I really didn't have any idea what was going on. Hence the high quality of the posts (IMO OBV YMMV etc.).

Jump forward 12 months and I know exactly what the near future holds, where I'll be, what my prospects are and how uncannily right I was on New Year's Day last year that 2011 would be the first since 1984 in which I failed utterly to snog anyone.

They say your finest writing comes when you're beset with uncertainty. On the strength of this year's calendar, they've got it spot on. Like everyone else, I really hope next year's calendar is better.

Which brings me to the surreal bit. I was presented with something this evening to which I genuinely didn't know the answer. To wit, how do you pronounce 'garage'? Is it 'garridge', as your south east London dance music fan of a certain age would have it, or 'gar-arrge', as befits the pronunciation as borrowed from the French 'parking', i.e. garage?

I don't know the answer. But the well-spoken piped voice on the 171 bus to Catford Garage knows. What say you?

Beer: Meantime Chocolate Stout
Strength: 6.5%
Colour: Ruddy, dark, Bourneville-style chocolate
Smell: More like a cheap sherry-ridden fruitcake than a beer
Tasting notes: OK, so first up, I'll be honest, this tastes bloody rubbish. I'll declare my interest a bit here. I've had a couple of ales already this evening, one of which was a Brooklyn Chocolate Stout, so in fairness, this one has a bit up to which to live. And I'm just on the point of damning it with some withering sarcasm the like of which I've yet to display a gift for when, all of a sudden, something's not quite lining up. It's not big or fruity enough to start with, but then from nowhere comes a blast of already tasted chocolate. Now I know you're wondering what the fuck I'm talking about, so I'll lay the cards out now. We've all hollowed out a Cadbury's Creme Egg like we're doing something inappropriate for a family website. And the result is 'diluted' chocolate. A bit faded. Like it's had a proper tonguing. Doesn't look all that appetising, but we eat it all the same, whether or not there's still a bit of that tenacious tin foil clinging barnacle-like to the exterior. And it's that unmistakable faded, rather jaded, chocolate wash that's the dominant taste about this beer's finish. I doubt I need say any more.
Gut reaction: Unsurprisingly, this doesn't feel like it'll lay easily.
Session factor: Depends entirely on your bent for licked-out Creme Eggs.
Arbitrary score: 6-0
Posted by Eddie Grace at 22:38

I suppose I should know how she says it, seeing as I grew up a creme egg's throw from Catford Garage, but I'm afraid the talking bus era has largely coincided with a non bus-taking era on my part. That said, I have noticed that the woman on the 208 makes the Magistrate's court in Bromley sound like a stately home, by emphasising the final word in 'Bromley Court HOUSE'. As for me, as a native Catfordian it is of course 'garridge'.

And that's exactly how the well-spoken woman on the 171 pronounces it, squire. 10 points!

of course it's 'garridge', don't be ridiculous.

Heh. Thought you'd like that. It's the kind of sentence structure up with which I will not put.