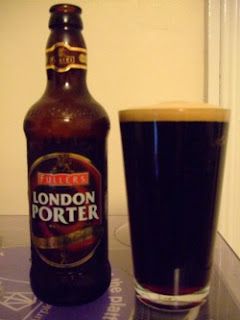 On reflection, perhaps it wasn't the best idea in the world to have the world's hottest chilli for dinner this evening. Hasn't done a great deal for the sensitivity of the taste buds, I can tell you.

In fact, my entire mouth is tingling like I've been leaning on it funny for a good half an hour. It's not unpleasant. It's just it feels like any subtle nuances of flavour will be a mite tricky to pick out due to the still searing heat my tongue is experiencing currently.

The naga chilli is to blame for this. As purchased from Chilli Pepper Pete in Brighton. Reputedly the hottest chilli in the world measuring more than a million heat units on the Scoville scale (the chilli equivalent of Richter, presumably), these things are lethal even in small doses. Bunging around eight of the blighters into a chilli along with several Scotch Bonnets and some Dave's Insanity Ghost Pepper sauce was asking for it really.

So in a way, it's a good job tonight's offering is a fairly robust, uncomplicated beer. Fuller's London Porter, if it were an actor, would be someone like Steven Seagal. Lacking in subtlety despite pretensions otherwise, it's full bodied and doesn't require much thought. Fairly good in a crisis.

What better way of calming the inferno, then?

Beer: Fuller's London Porter
Strength: A standard 5.4%
Colour: Dark wooden floorboards.
Smell: Liquid Marmite and plasticine.
Tasting notes: Bit like a roast dinner this. Not that it tastes of beef, gravy and Yorkshire puddings, of course. More that it's got that reassuring texture and homespun feel that makes you think you're either round your parents' place on a Sunday or feasting in a country pub stuck out in the middle of nowhere on a rickety table by a flickering real fire. It's dealt with the chilli with aplomb and wiped its smokey, chocolatey feet all over the mouth's doormat. And it's got a lovely, sweet, oily finish that slips its way quietly and soothingly down your throat. Nice
Gut reaction: Calming, but heavy.
Session factor: A bit rugged for too many, I'd suggest.
Arbitrary score: One hundred and eighty
Posted by Eddie Grace at 22:32