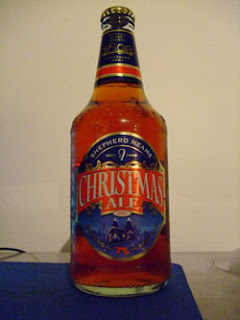 And when you hear Wind Beneath My Wings, you could be forgiven for believing it. And rightly so on that evidence.

But having stumbled back after a surprisingly enjoyable works Christmas do a few sheets to the wind, I decided to put on a Tom Waits CD that includes one of the greatest duets imaginable. I Never Talk To Strangers, featuring Tom and Bette, swooning drunkenly over each other in a captivating vocal contretemps.

I can't remember who it was who claimed that our Bette couldn't sing, but all they need to do is listen to that and then shut up. Magical. Brings a smile to the mouth and a sentimental glint to the eye at the same time.

That it's followed by Tom Traubert's Blues shuffles me even further towards maudlin reminiscence. Clearly some beery cheer is needed.

But before that, I'd like to raise a glass to my colleagues. After a ridiculous year full of late nights and almost unbearable stress, they're still smiling and happy to be with each other. There's an amazing esprit de corps there that's often amiss among so-called team mates. And despite the latent jealousies, it would appear there's a real affection underpinning everything. I'm staggered and touched by it in equal measure. However much I don't enjoy much of my time there, a big part of me is kept sane and in good humour by the people who work there. Big up 'em; not that they read this, of course.

Many of them are still drinking awful booze in a just about acceptable juicer as I type this. So this one's for them. 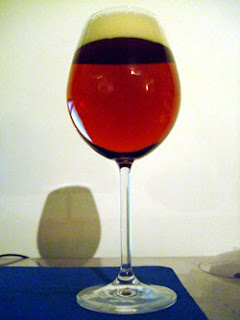 Beer: Shepherd Neame Christmas Ale
Country: Kent, England
Strength: A genuinely frightening 7%
Colour: The orange of a thousand hangovers
Smell: Hellish skunk and piddle-stained polyester trousers
Circumstance: Listing awkwardly after a works Christmas party and listening to Asylum Years. Ideal combination, then. Is it just me, or does Kentucky Avenue make anyone else weep about their own slightly disjointed childhood?
Tasting notes: Marzipan-clad Christmas cake. Of the kind that doesn't need embellishing with such extras. There's no escaping how strong this one is. From the very first moment it grips like a rabid Jack Russell with lockjaw. It doesn't matter how much your tongue tries to shake the alligator clip of months-open cream sherry, that gift is here to stay. No relent. No release. It'll take a rough-grade file to scrape some of that cloying melted polyurethane away and that's before the smoke-stained finish kicks in. I'd probably like this if it were the first beer I'd had today, but it's suffering almost as much as I am.
Drinkability: See above comment. But even given a clear run, this isn't something you'd hoy down with any kind of abandon.
Gut reaction: Cistern-spatteringly bad. Bog roll's in the freezer already.
Session factor: Nil. One's enough for anyone, no matter how hard they say they are.
VFM: 7.2. High alcohol content to minimal cost ratio makes this a winner. Hold your nose and you'd be forgiven for thinking it's quite nice as well. Another one for the itinerant contingent.
Posted by Eddie Grace at 23:45